You are here:Home/Official Portal of Waqf Perak Ar-Ridzuan - Latest News

The purpose of this visit was to discuss the proposed construction of fishing boats that required by fishermen in South Manjung District. Among the items discussed was the boat category, structural materials, engines, boat accessories and fishing equipment that were appropriate for  deep sea fishing.

This year, MAIPk plans to buy two boats and one of the boats will be handed over to Persatuan Nelayan Kawasan Manjung Selatan. The visit was led by Dr Amiruddin bin Muhamed, CEO MAIPk. 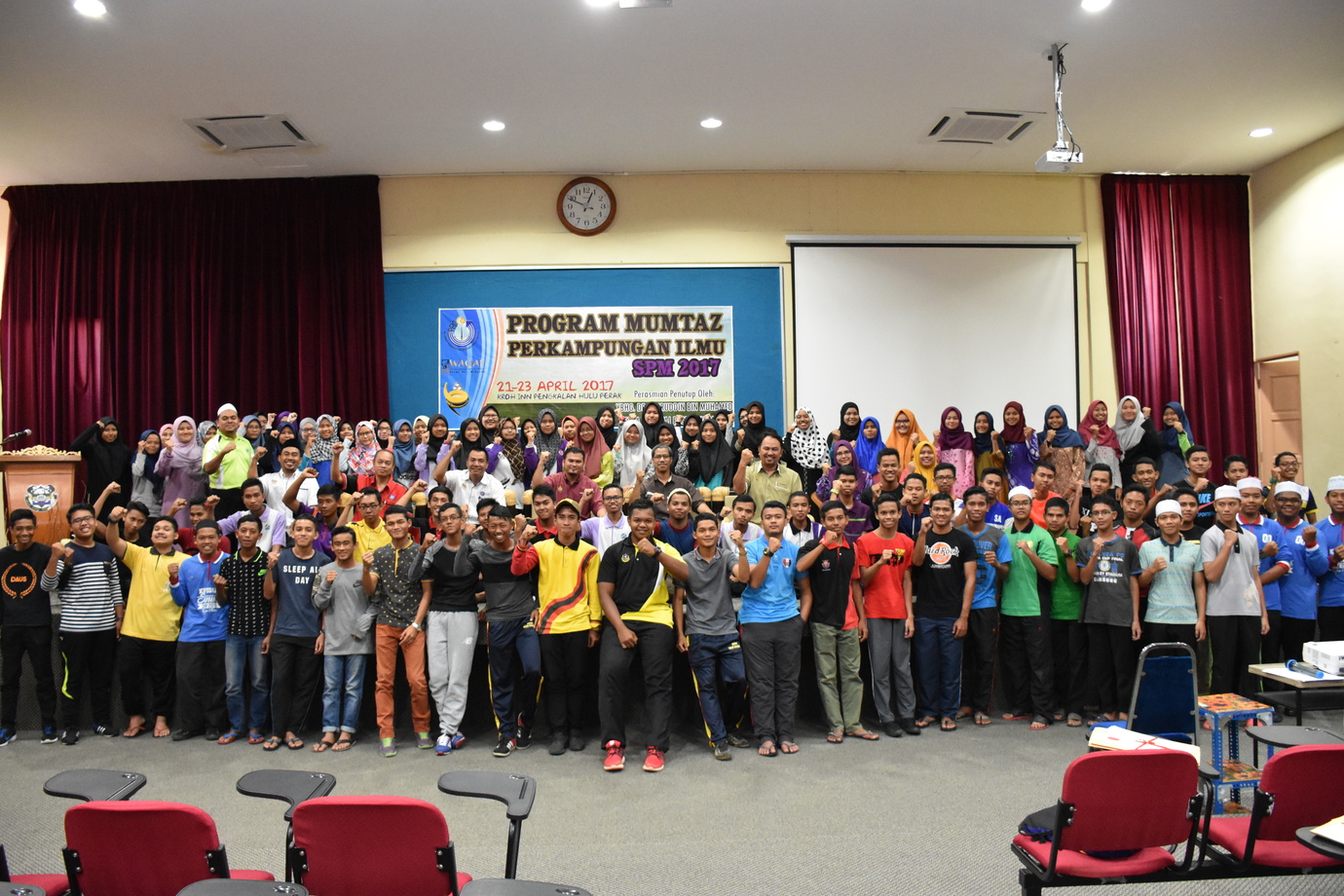 A total of 100 Sijil Pelajaran Malaysia (SPM) candidates from 15 schools in Hulu Perak have joined  “Jaya SPM 2017” programme which is listed under Knowledge Waqf- MUMTAZ,  Waqf Perak Ar Ridzuan (WPAR). This is the fifth programme that has been successfully implemented since WPAR launched on 7 April 2016.

The participants consisted of students who are at average in learning at school. In this programme, they were exposed to the best techniques in answering the exam questions and also being motivated to succeed in life. This programme was conducted by well experienced and excellent teachers. With the guidance provided, participants can improve their performance in learning and educating them to become a successful person in the world and hereafter. The ceremony was graced by Mr Suhaimi bin Yusof, General Manager of Mal & Waqf Management and Development, MAIPk.  Tuan Haji Abdul Rahman Najib bin Haji Mohd Noor, CEO of PPSM was also present at the event. Mr. Suhaimi, in his speech, mentioned that MAIPk has contributed RM20,000.00 as a one-off contribution to this programme, which is one of the designated programs under Waqaf Perak Ar-Ridzuan (WPAR).

The programme has already started on February 4, 2017 with 37 students attending revision classes on Saturdays and Sundays as preparation for the upcoming PT3 exam. The classes will be continued until the end of this year. The students were chosen from single-parent and unaffordable families in schools around Ipoh.

Pintar Akademik Wakaf Ilmu Mumtaz programme has been structured as a tutoring programme to enhance student’s excellence in academic through learning programme outside school hours. It is also has become a medium to empowering teaching and learning process for both teachers and student. In addition to the academic classes, students will be exposed to a few other modules such as Solat Dhuha, Educational Seminars, and Motivational Programs to boost their self-identity. A total of 40 participants including students and adults of asnaf muallaf from Taiping, Parit Buntar, Bagan Serai, Ipoh and Manjung were participated in the four day and three night programme from 20 – 23 March 2017. This is third programme that has been successfully implemented since Waqf Perak Ar-Ridzuan launched on 7 April 2016 under  Waqf for Quranic Knowledge and Development.

At the beginning, some of the participants were illiterate in Quran recitement but after attending 30 hours of Abahata’s classes using effective learning technique and monitored by expert Quran teachers, they have improved their knowledge and skills. Results shown by the participants will be a trigger for them to continue to strive harder in studying the Quran.

Waqf for Quranic Knowledge and Development is an initiative of MAIPk to spread the knowledge of the Quranic in the life of Islam community through teaching, learning, understanding, appreciation and application of Quranic Knowledge regardless of age and life standards. MAIPk calling all Muslims to voluntarily contribute to the waqf fund for the lasting and enduring benefit. 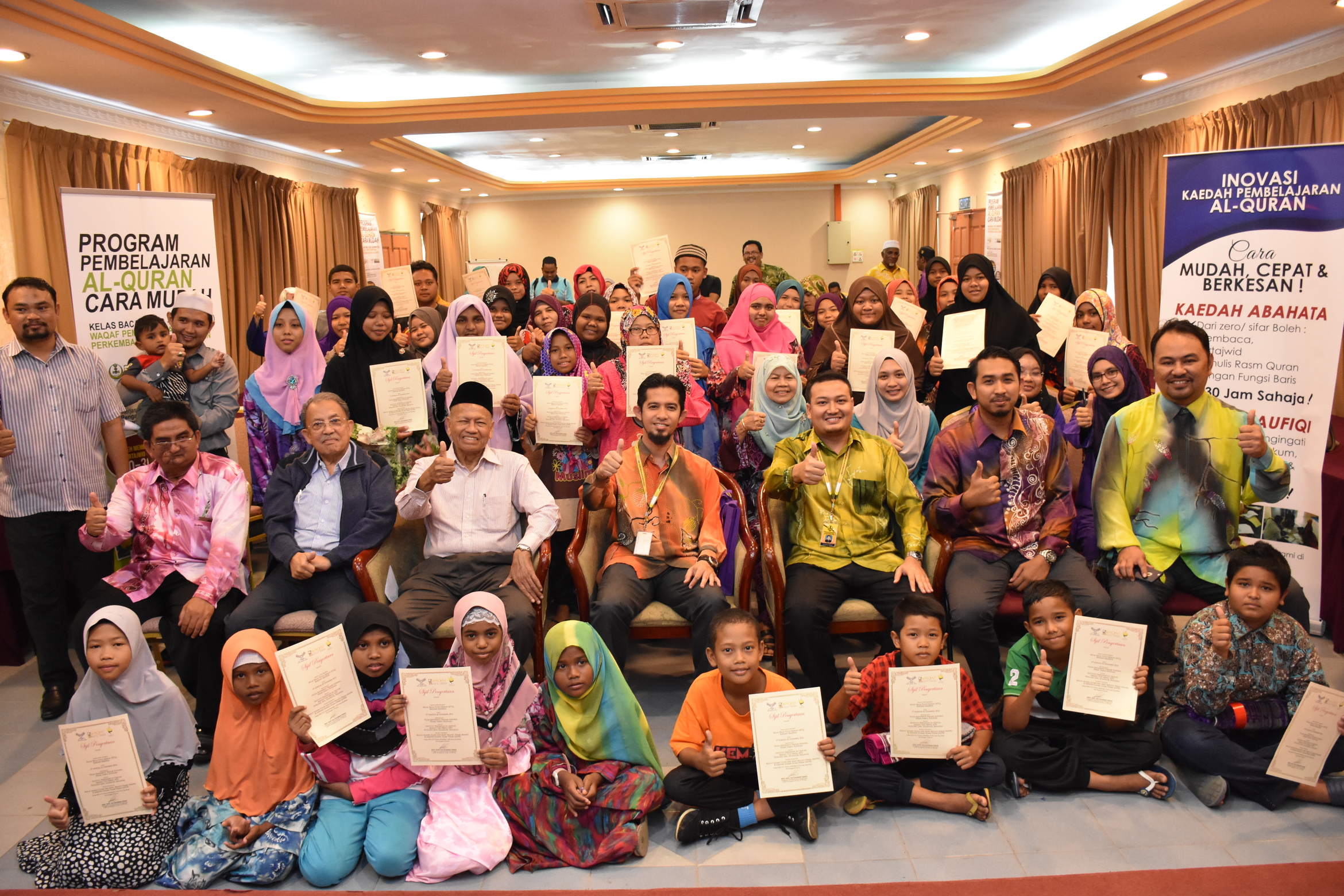 The  candidates are taught using the Technique Abahata Al-Jabari. This technique  were easy and faster to learn the quran. Some of candidates on initially are illiterate the quran and after taught by professional teacher they can learn, write the quran. All candidates give the positive impression to love the quran after joined this program. 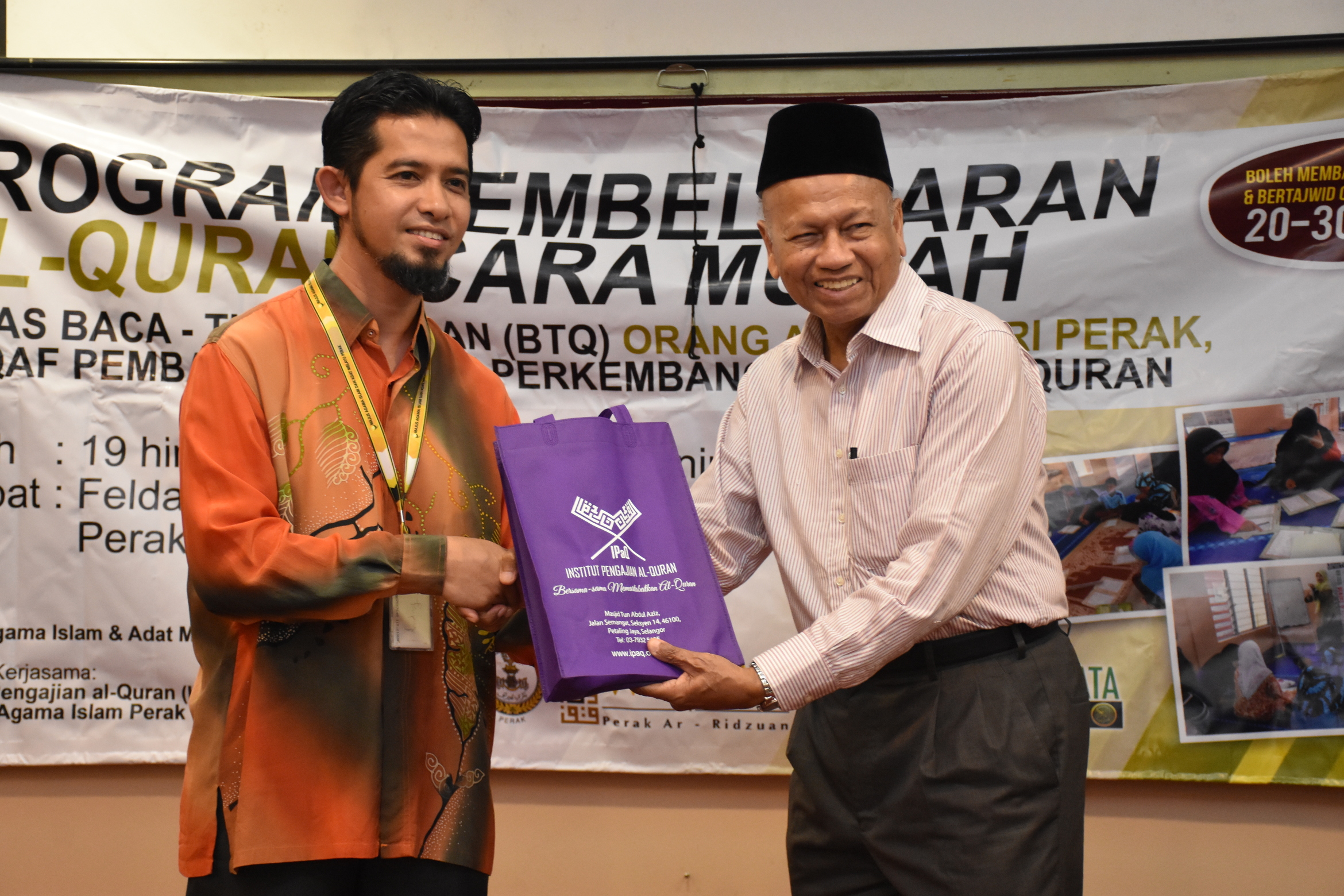