You are here:Home/Official Portal of Waqf Perak Ar-Ridzuan - THE CEREMONY OF THE PRESENTATION OF WAQF VAN AS WPAR CONTRIBUTION TO THE NURUL HIDAYAH INDIGENOUS PEOPLE RELIGIOUS SCHOOL, KG KENANG SG. SIPUT

THE CEREMONY OF THE PRESENTATION OF WAQF VAN AS WPAR CONTRIBUTION TO THE NURUL HIDAYAH INDIGENOUS PEOPLE RELIGIOUS SCHOOL, KG KENANG SG. SIPUT 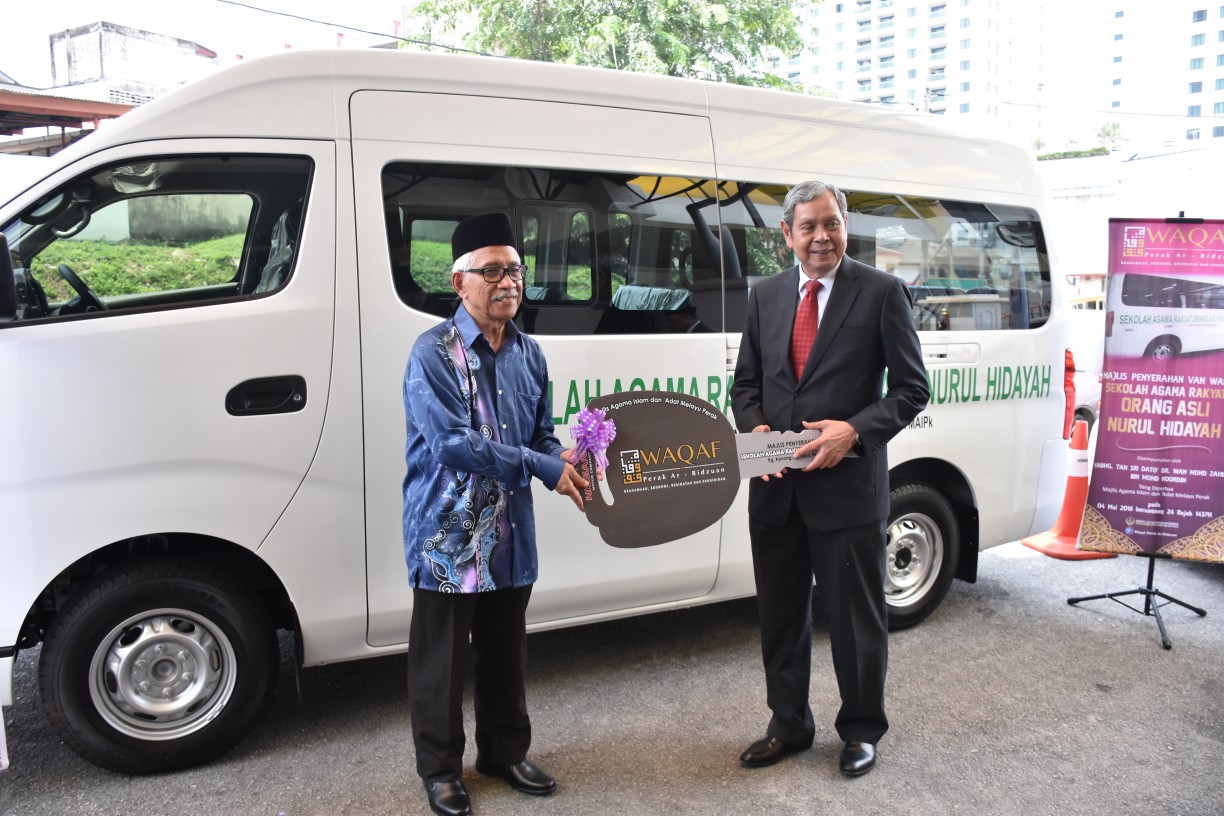 IPOH, May 4, 2016 - The President of the Perak Islamic and Malay Customs Council, YABhg. Tan Sri Dato 'Dr Wan Mohd Zahid Bin Mohd Noordin solemnised the handing over of the Waqf Van to the Indigenous People Religious School, Kg Kenang Sg.Siput at Darul Ridzuan Islamic Complex Ipoh. The van is a gift from the Waqaf Perak Ar-Ridzuan MAIPk fund which was launched by His Royal Highness the Sultan of Perak on April 7, 2016 previously.

The Indigeneous People Religious School Kg.Kenang which began its operation in 1994 is the only religious schools devoted to the indigenous people and is fully funded by MAIPk. The school is governed by the Missionary Section of Perak Islamic Religious Department (JAIPK) while the teachers are appointed by MAIPk. Each year MAIPk allocated nearly RM1 million to cover operating costs and student learning. In 2016, the work of 1 block of 3 storey-building, prayer centres and several other facilities, with a total construction cost of more than RM4 million. 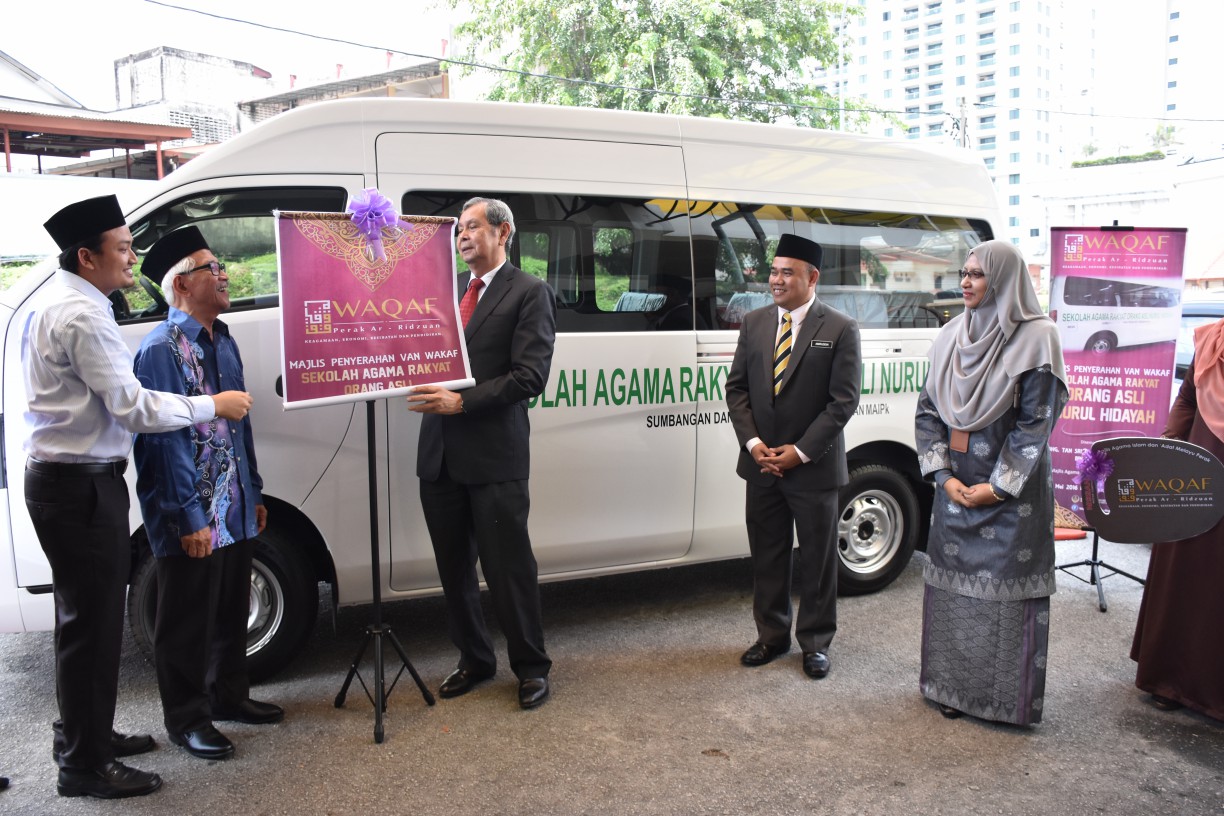 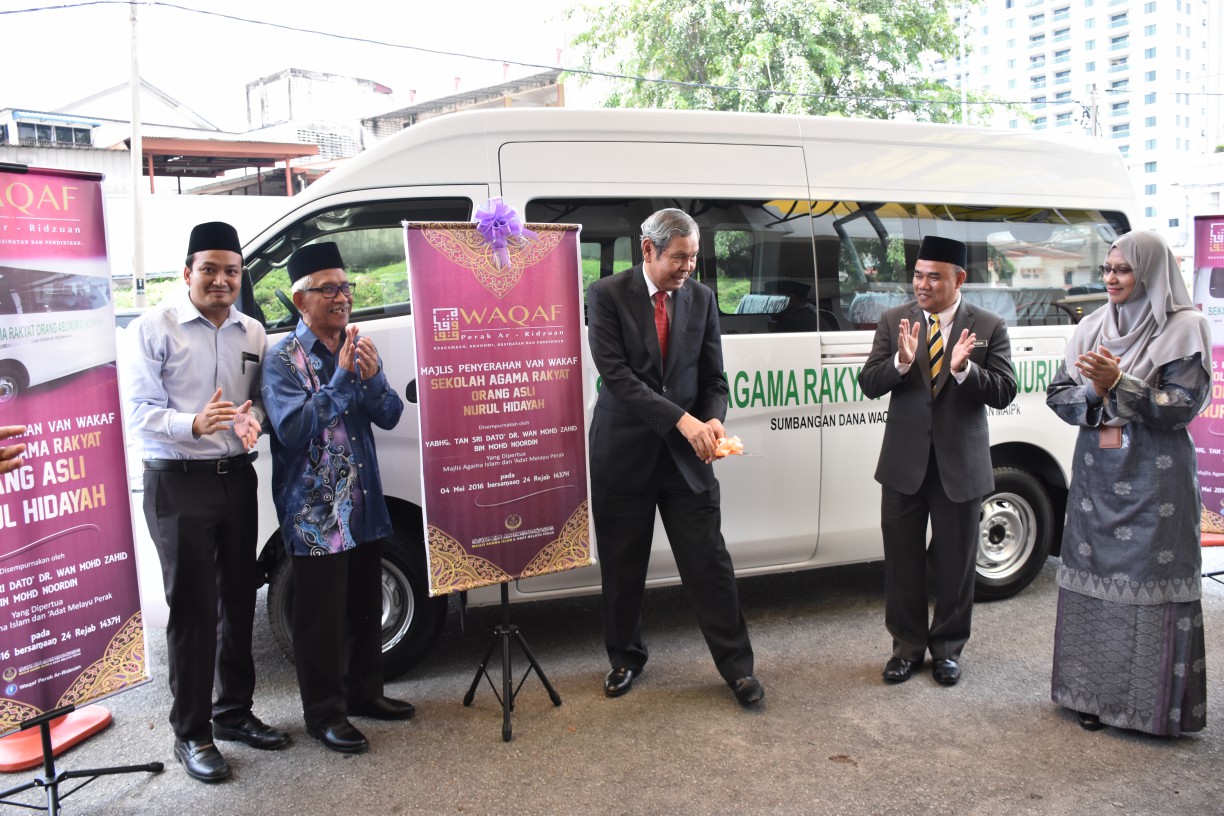 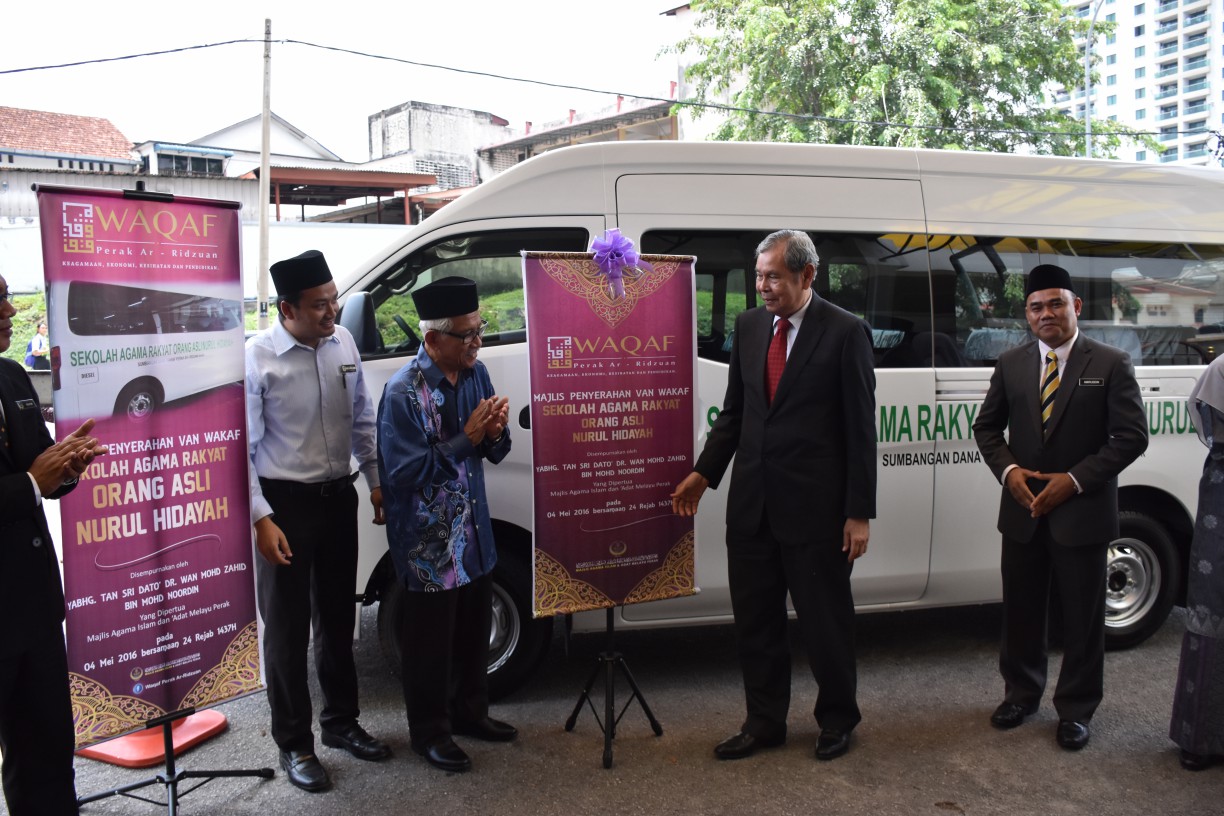 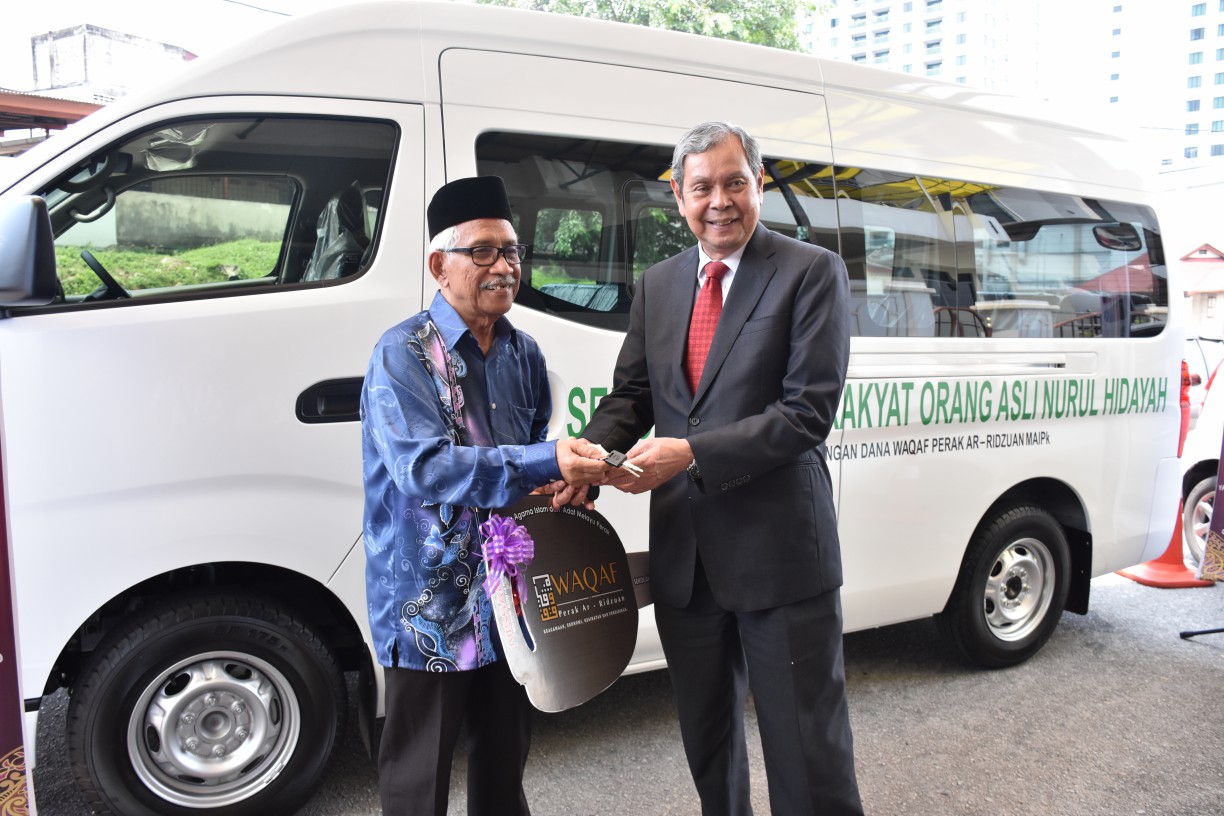 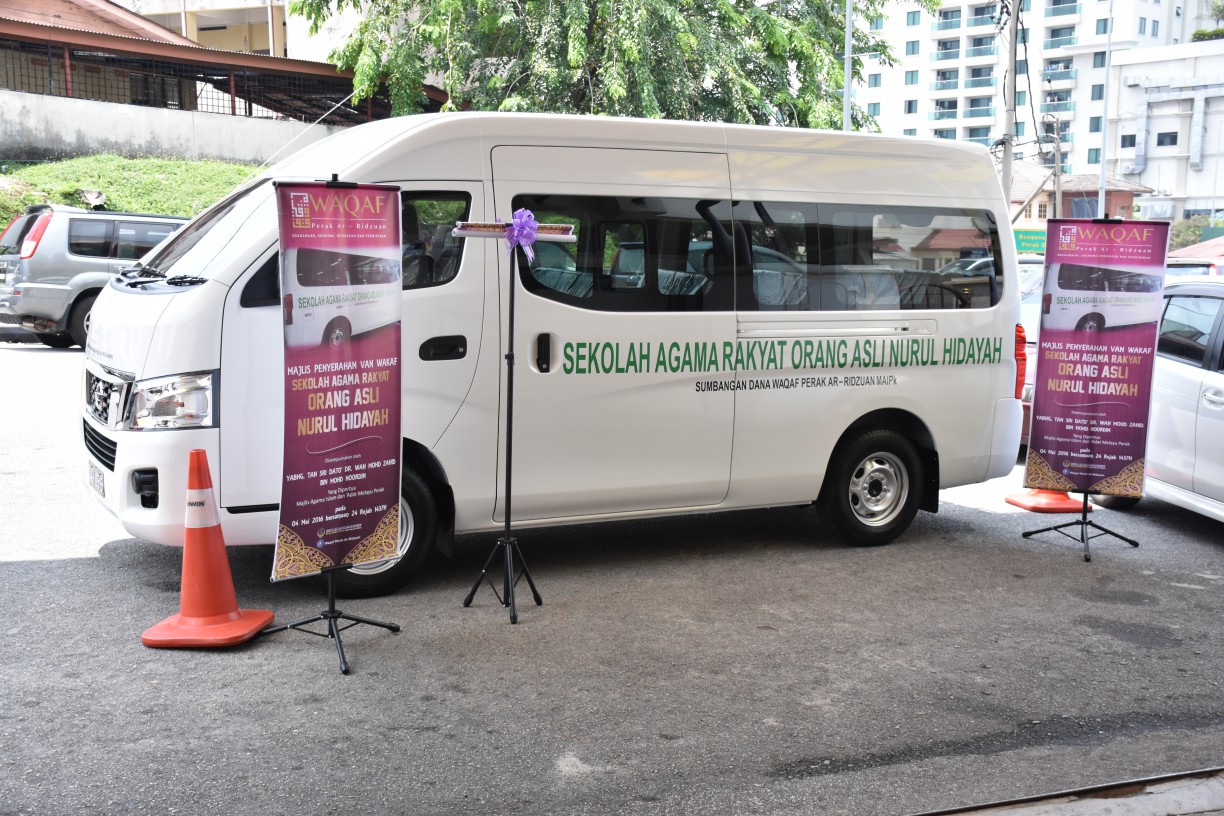